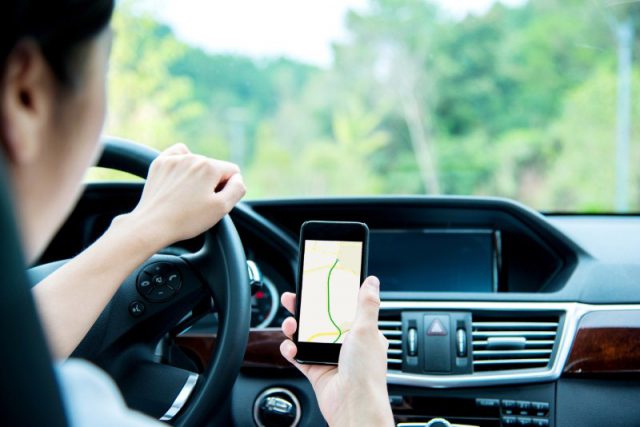 Have you ever stopped to think about how often you check your smartphone? Probably not, as it’s often a natural impulse done without any thought at all, in almost any situation.

Bored at work? Half-watching the telly? Checking your phone seems like the most natural way to pass an idle moment, doesn’t it?

And while there’s nothing wrong with that in itself, there will always be people who take it a little too far.

Indeed, some will be so addicted to checking their phone that they end up putting themselves – and maybe others – in danger.

Documentary maker Eva Ormer has thrown this issue into sharp focus in a new film entitled It’s People Like Us, which highlights how young drivers can’t stop checking their phone even when they’re behind the wheel.

“The average person checks their phone 150 times a day,” she commented.

“Phone attachment has become ingrained in our everyday lives and everyone is doing it.”

However, Ms Ormer believes many people have yet to establish boundaries on “when and where it is okay to use our phones”.

This, she says, is having a “profound impact on our behaviour, our relationships, as well as our personal health and safety”.

Each of the participants who took part in the film were found to routinely check their phone while their car was in motion.

Worryingly, they often tried to justify their actions, despite the clear danger they were putting themselves and others in.

For instance, one person said they dismiss any concerns from their passengers by reminding them they didn’t die on the journey even though they used their phone.

Another person insisted they don’t have the time to stop and answer a call or send a text, so will simply carry on driving if they have to use their phone.

Ms Ormer says she wants the film to “get each and every one of us to think about how we use our phones in everyday life, question how they have become an extension of ourselves and most importantly, inspire change and self-regulation”.

Furthermore, she hopes it will remind people that the issue of drivers using a smartphone is “everyone’s problem” that needs to be more widely discussed.

Smartphones are invaluable devices for many of us and there’s no reason why that shouldn’t be the case.

But many of us could perhaps benefit from remembering they don’t need to be used every minute of the day, particularly if we’re putting ourselves and innocent bystanders in danger.