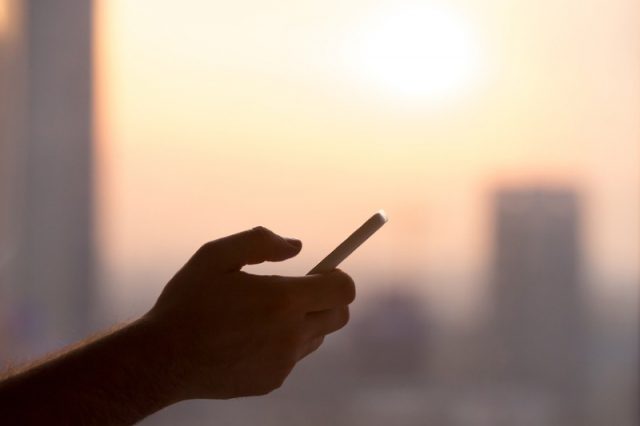 Smartphones are such a big part of our lives these days that it's easy to forget they're a fairly recent innovation.

Technology moves at such a staggering pace, so whereas a few years ago, the idea of being able to check the internet on the move would have been fanciful, nowadays we demand and expect speedy connectivity everywhere we go.

So what, if any, changes can we expect to see over the new few years in the world of smartphones?

Well, a few experts have shared their predictions with ABC Radio Australia…

While many of us will use our smartphones to perform a countless variety of tasks, we may only just have scratched the surface when it comes to what they can do.

This is certainly the view of Mark Pesce, from Sydney University's digital cultures programme, who said: “If you think about how our expectations for what a smartphone is have changed in ten years, the next ten years will make that seem like nothing.”

He suggested that in the future, smartphones could connect with electronic glasses that overlay what we see with our eyes with virtual images and information.

“It's not just that you're not going to be lost somewhere, you're actually going to have an awareness of what's around you,” Mr Pesce said.

The shape of smartphones won't change much
While new releases will have differently-sized screens and squared or curved corners will drift in and out of fashion, the fundamental shape of a smartphone hasn't really changed.

And that looks set to remain the case, in the view of Christine Satchell, a researcher in smart mobile platforms in Melbourne.

“I think there is something critically compelling about the current shape that works for people in terms of fitting into pockets, fitting into handbags,” she commented.

Dr David Glance, director of the University of Western Australia's Centre for Software Practice, agreed, before suggesting people's love of video is one reason why smartphones have remained basically the same shape in recent years.

This, he said, means that unless a better way of watching videos can be developed, smartphones will appear largely unchanged, on the surface at least.

The term smartphone wasn't picked out of a hat, as technology such as GPS, Siri and Alexa means they are now clever and intelligent devices.

So it is likely they'll become even more intuitive in the future. Dr Satchell predicts that in the next few years, smartphones will be equipped with better biometric sensors that can monitor our blood pressure, heart rate and other autonomic reflexes.

Furthermore, artificial intelligence technology could use this information to anticipate health problems such as strokes and contact the emergency services.

“There's a huge range of ways AI could impact on the health sector. It's potentially life-saving,” Dr Satchell stated.

She added that this technology could also enable smartphones to function as executive assistants, perhaps by making appointments for users, replying to emails and even screening calls.

The potential for smart technology is immense, so it will be fascinating to see whether the sheer scale of change we've seen over the last decade could be repeated or even exceeded in the coming years.