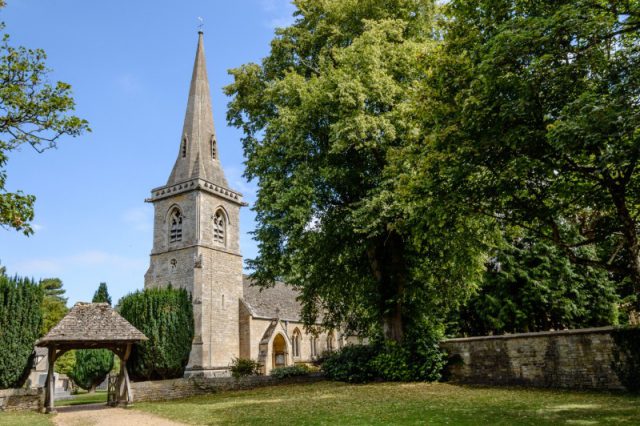 They used to be the buzzing hub of social communities, but churches in England are set to play a very different role in the 21st century after plans were revealed to use their spires to improve WiFi and mobile phone signals.

Around two-thirds of Anglican churches and English parishes are in rural areas, which are renowned for their patchy mobile coverage, so their locations at the heart of communities make them well placed to alleviate connectivity and coverage problems.

As such, the Church of England is now being encouraged by the UK government to use its buildings and other property to improve broadband, mobile and WiFi connectivity for local communities.

It is hoped that the move will help deliver the government’s commitment for everyone to have good quality mobile connectivity wherever they live, work and travel by 2022.

A survey from September 2017 revealed that more than half of the UK population (53 per cent) doesn’t subscribe to any religion. Meanwhile, attendance at Church of England services has declined by 10 to 15 per cent over the past decade.

In Australia’s 2016 Census, 52.1 per cent of people classified themselves Christian, but only a quarter of them attend church weekly; a point which opens up the conversation for introducing the UK’s idea over here.

Britain’s digital secretary Matt Hancock said the development will mean that buildings from the 15th century will help make Britain fit for the future by boosting connectivity in some of the hardest-to-reach areas.

Meanwhile, the Bishop of Chelmsford Stephen Cottrell added that it will help tackle isolation and sustainability – two of the biggest issues faced by rural areas.

He commented: “Many new forms of technology are available to improve internet access in rural areas and I hope that this partnership between the Church of England and the government will help rural churches consider how they can be part of the solution.

“I know that many churches already help people access the internet and provide digital skills training, and this is a natural extension of great work already occurring.”

One caveat of the agreement is that any new telecoms infrastructure must not impact on the character and architectural or historic significance of the churches.

Similar agreements with other faith communities could surface later down the line, the government has confirmed.

According to UK's communications regulator Ofcom, coverage – where a 4G signal is available from all four mobile operators – is currently available across 43 per cent of the UK, rising to 70 per cent in terms of calls and text messaging – something that was labelled as “deplorable” by the chairman of the National Infrastructure Commission Lord Adonis in December.