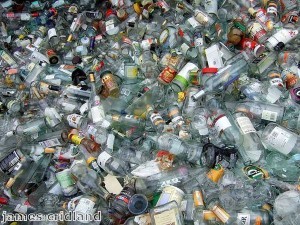 The city of Stirling apparently supports the proposal for a Cash for Containers scheme, which would see Aussies rewarded for redirecting certain items from the general waste into the recycling bin.

The Mayor told the newspaper that this is an attempt to improve the state's recycling rate, which at 32 per cent is comparatively low.

People in other countries already benefit from schemes like this. In Germany, people with drinks bottles are able to receive up to €0.25 (AU$0.32) by returning the containers.

Aussies are already able to make money by recycling ink cartridges mobile phones, laptops and other electronics through certain companies.

The introduction of an incentive in WA may mean that the environment will benefit, as well as the recyclers' wallets.