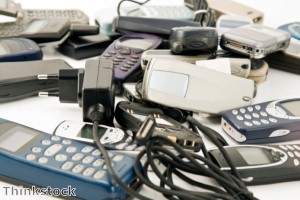 Research has shown that many consumers are unaware of the different mobile phone recycling options open to them and instead have handsets lying around idle.

According to new figures from strategy acceleration firm Compass Intelligence, there are nearly 280 million idle or deactivated mobile phones in the US that could easily be recycled. Nearly half of them are noted to be smartphones.

The research also suggests that most people are interesting in trying to find ways of recycling their handsets but are unaware of the different options available.

This is a view shared by the Metro in the UK, which claimed that mobile phone recycling has been around for years but too few people realise there are so many companies out there that deal with this.

“In many cases, we have discovered that end users have several deactivated mobile phones on hand but they are unaware they could be sold back or recycled,” research strategist and senior consultant at Compass Intelligence Kate Pearce commented.