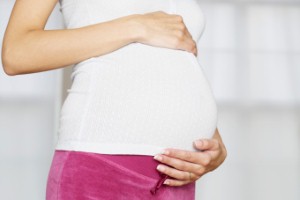 The question, with regards to smartphones, is simply “what next?” It seems to be the case that every second that passes by, there is some interesting, newfangled development.

In short, the smartphone has become a malleable object, something you can effectively reshape to do what you want it to do.

Although the latest development sounds like the stuff of science fiction, it’s as real as it gets.

Researchers at the Hanover Centre for Optical Technologies (HOT) at the University of Hanover in Germany have developed technology that basically makes it possible for a smartphone to take pregnancy tests.

Indeed, it sounds rather farfetched, but the science behind it suggests otherwise. Courtesy of a “self-contained fibre optic sensor” that basically has the ability deliver various biomolecular tests.

One of these tests, of course, is to do with identify pregnancies. According to researchers, the technology is so powerful that real-time results can be given.

For example, it can, the university explained, be used to help people with diabetes monitor their condition.

“When properly provisioned, the smartphone user has the ability to monitor multiple types of body fluids, including: blood, urine, saliva, sweat or breath.,” the Optical Society reported.

“In case of medical applications, the sensor readings can be combined with the GPS signal of a smartphone and users can then be guided to the next drug store, hospital or the ambulance.”