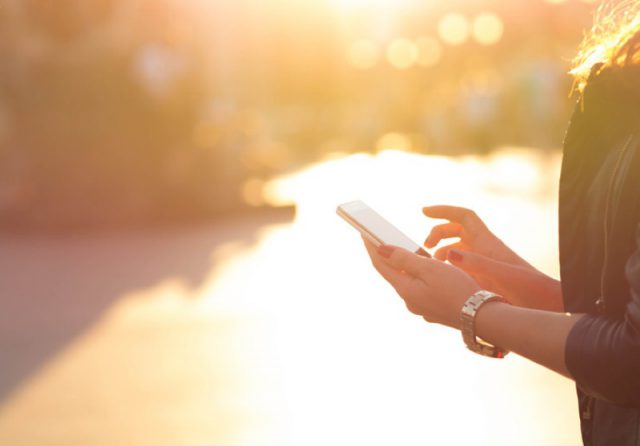 It might seem like Apple and Samsung currently dominate the phone market but BlackBerry is making a comeback with its new release – and it's a far cry from the type of phone we have come to expect from the Canadian giant.

The new BlackBerry model, the BlackBerry Keyone, looks set to hit the market after it gained approval from the Federal Communications Commission – meaning that it is set to be released in the United States any time. It is also confirmed to be released in other countries in April 2017.

News of the new release was announced at the Mobile World Congress in Barcelona. Preorders for the phone are already being taken in Germany and the United Kingdom and other countries are also set to follow very soon.

The Android-based model will have similarities to the previously released BlackBerry Passport but will be considerably thinner. It will retain the classic keyboard that has become synonymous with the BlackBerry brand and has even been described by some as a BlackBerry Passport on a diet.

Other features which have been retained from the previous models include the one-key shortcuts (for example – pressing w to get the weather). In fact, users will be able to program up to 50 personal shortcuts on the device. The spacebar is another returning feature which the BlackBerry is famous for. They have also added a fingerprint sensor which is now a prerequisite for all smartphone releases.

The phone is set to retail at $549 USD and will run on a Qualcomm Snapdragon 625 processor, which many have called average at best. However, BlackBerry has a strong customer base, though it is now a small one, and they are likely to shell out the hefty price tag.

The phone will come with 32GB and 3GB of RAM. It will also be powered by a 3505mAh battery. This is the largest ever battery in a BlackBerry device and many hope that this will give the phone an extended charge longevity – something which plagues all smartphone users.

Marty Beard, BlackBerry's COO, has been speaking about the changes to the company which will hopefully make the model a success.

Commenting on the collaboration between BlackBerry and their decision to outsource hardware development, he said it was an issue of brand management.

“For us, it’s a software relationship and it’s a brand management issue. It’s the BlackBerry brand and we have a really strict control over how the brand is used. From the name, advertisements, all that stuff.”

Despite the company's optimism, there have been some criticisms of the new model. Some have suggested that the hybrid between a classic BlackBerry and a touch-screen phone doesn't work well. Initial research suggests that the model might appeal to its dedicated user but won't do much more for the ailing company.