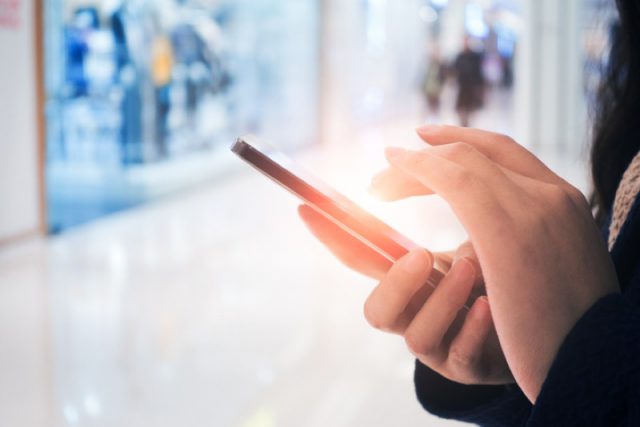 The natural world has inspired many innovations throughout human history – and now it might have helped to tackle one of the biggest bugbears in the modern world.

We've all struggled to read the screens on our smartphones on bright sunny days, as the strong light simply reflects off the surface and washes out the display.

But a new anti-reflection film could lead to this problem being consigned to the past.

Researchers from the University of Central Florida were inspired to develop it by the humble moth, as their eyes are covered with a pattern of antireflective nanostructures that allow them to see in the dark and prevent eye reflections that might be seen by predators.

Over the years, various scientists have experimented with using a similar approach to reduce the amount of sunlight reflected off solar cells.

This prompted Shin-Tson Wu of the university's College of Optics and Photonics to explore whether this technique could also be applied to smartphone screens.

Of course, many mobile devices are equipped with sensors capable of detecting bright ambient light and adjusting the screen's brightness level accordingly.

But this can be a big drain on a battery, so a better alternative simply had to be found.

Mr Wu's team has produced a film that contains tiny dimples that are each around 100 nanometres in diameter, or about 1,000th of the width of a human hair.

The film has performed exactly as was hoped for in tests, exhibiting a more than four-fold improvement in contrast ratio in bright sunlight, and a ten-fold improvement when viewed in the shade.

“Using our flexible anti-reflection film on smartphones and tablets will make the screen bright and sharp, even when viewed outside,” Mr Wu commented.

“In addition to exhibiting low reflection, our nature-inspired film is also scratch-resistant and self-cleaning, which would protect touch screens from dust and fingerprints.”

The focus for researchers will now be refining their innovation, so they strike exactly the right balance between surface hardness and flexibility, and perhaps achieve even better optical performance.

So while it might be some time yet before we see the results applied to our mobile devices, we can at least hold out hope that in the near future, we'll have no trouble reading our smartphones even on the sunniest days.